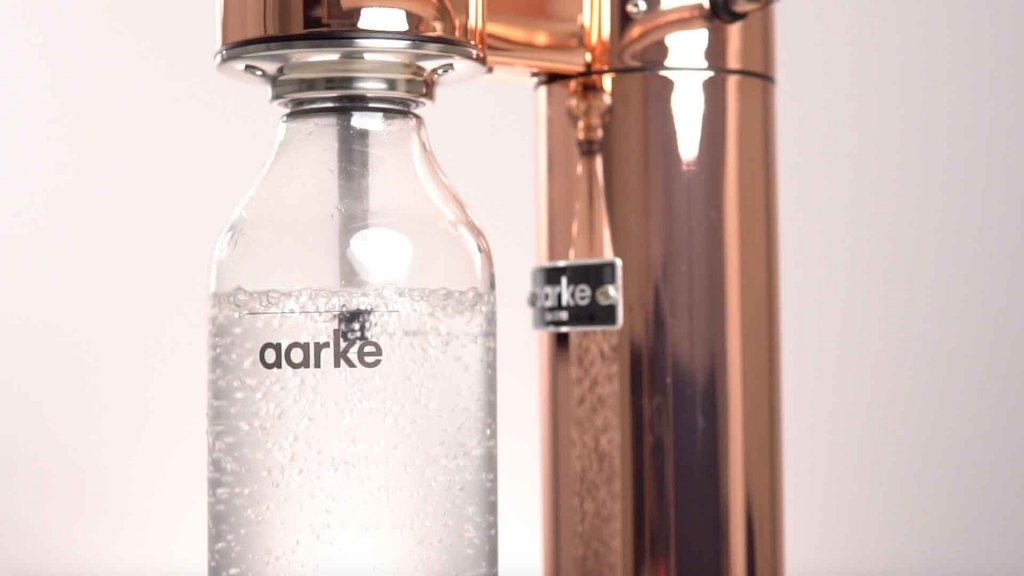 The Aarke Carbonator has been rapidly making its’ rounds through social media, with its’ sleek and modern styling, and equally persuasive advertising. But is it actually any better than some of the other (much more reasonably priced) Sodastream offerings? 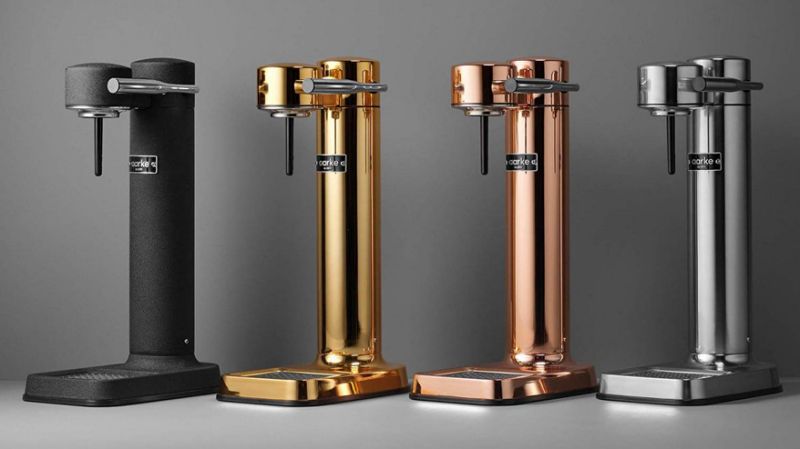 Available in a variety of finishes, one thing that the Aarke makes sure of is that it is hands-down the best looking home carbonator on the market. We opted to go for the Polished Copper finish, and it has never looked out of place in our all white studio kitchen.

But the Aarke is not all beauty and no substance. The build quality is almost completely metal throughout, with no plastic parts being visible during everyday use. So far, VERY good. 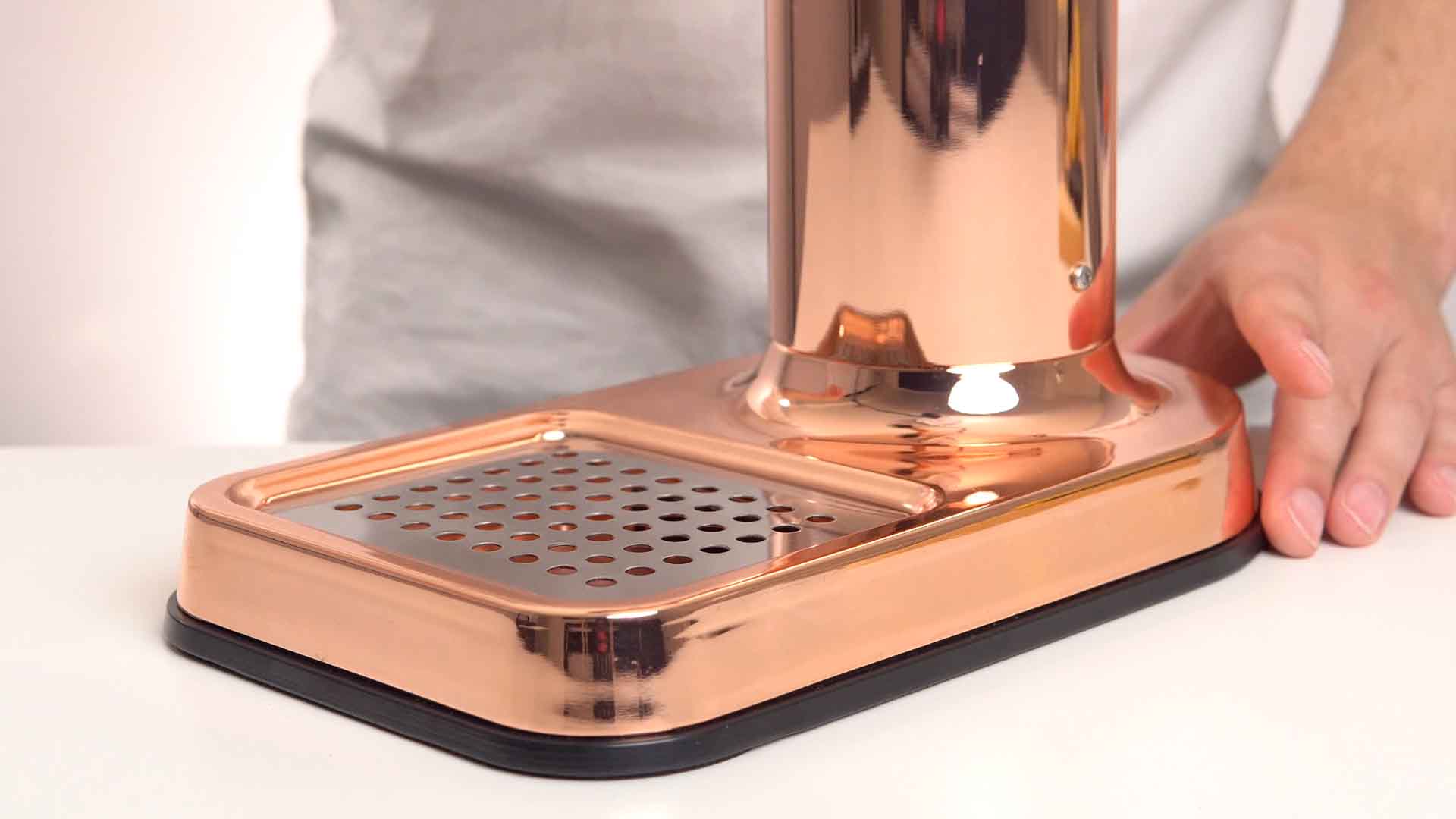 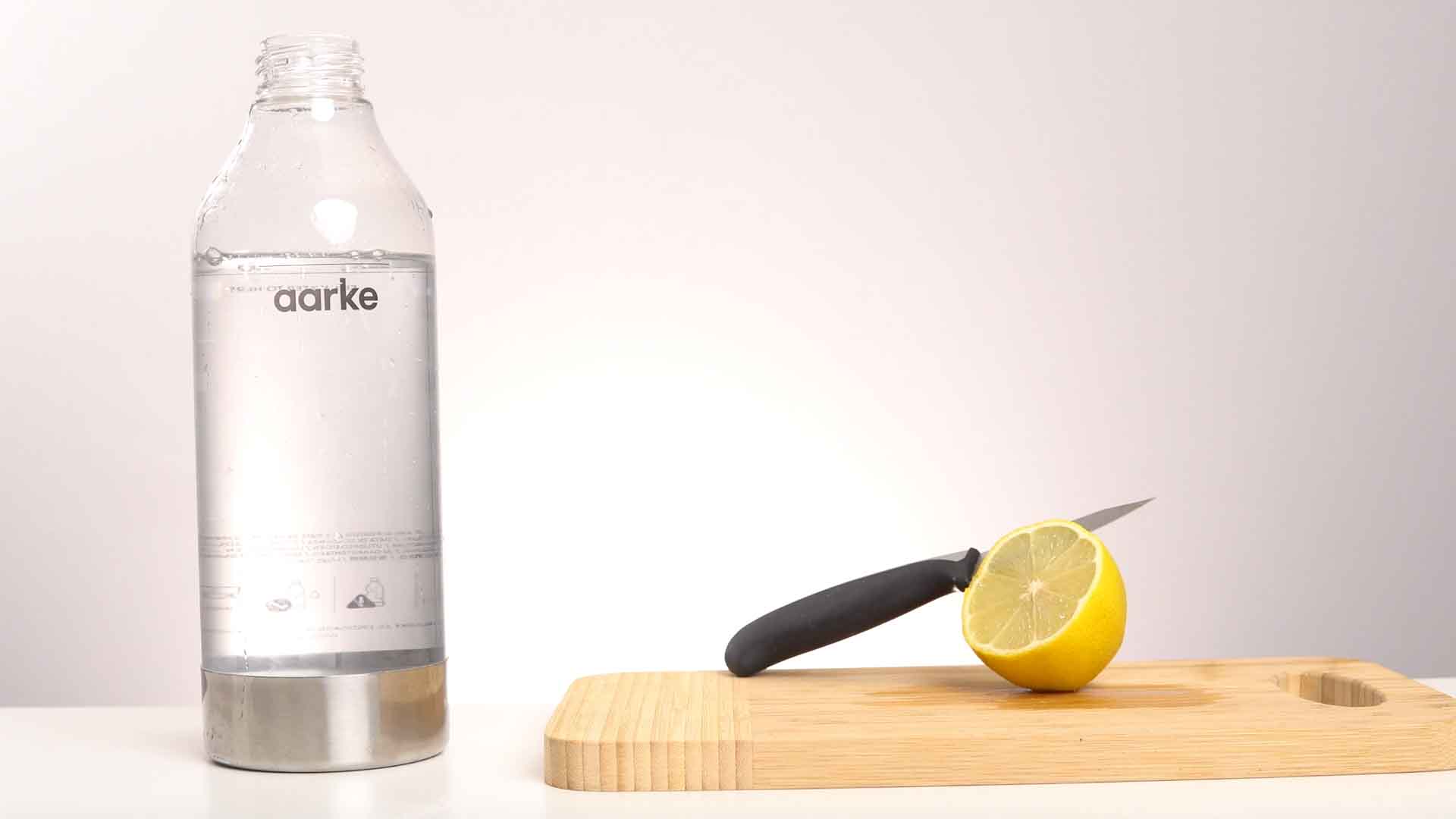 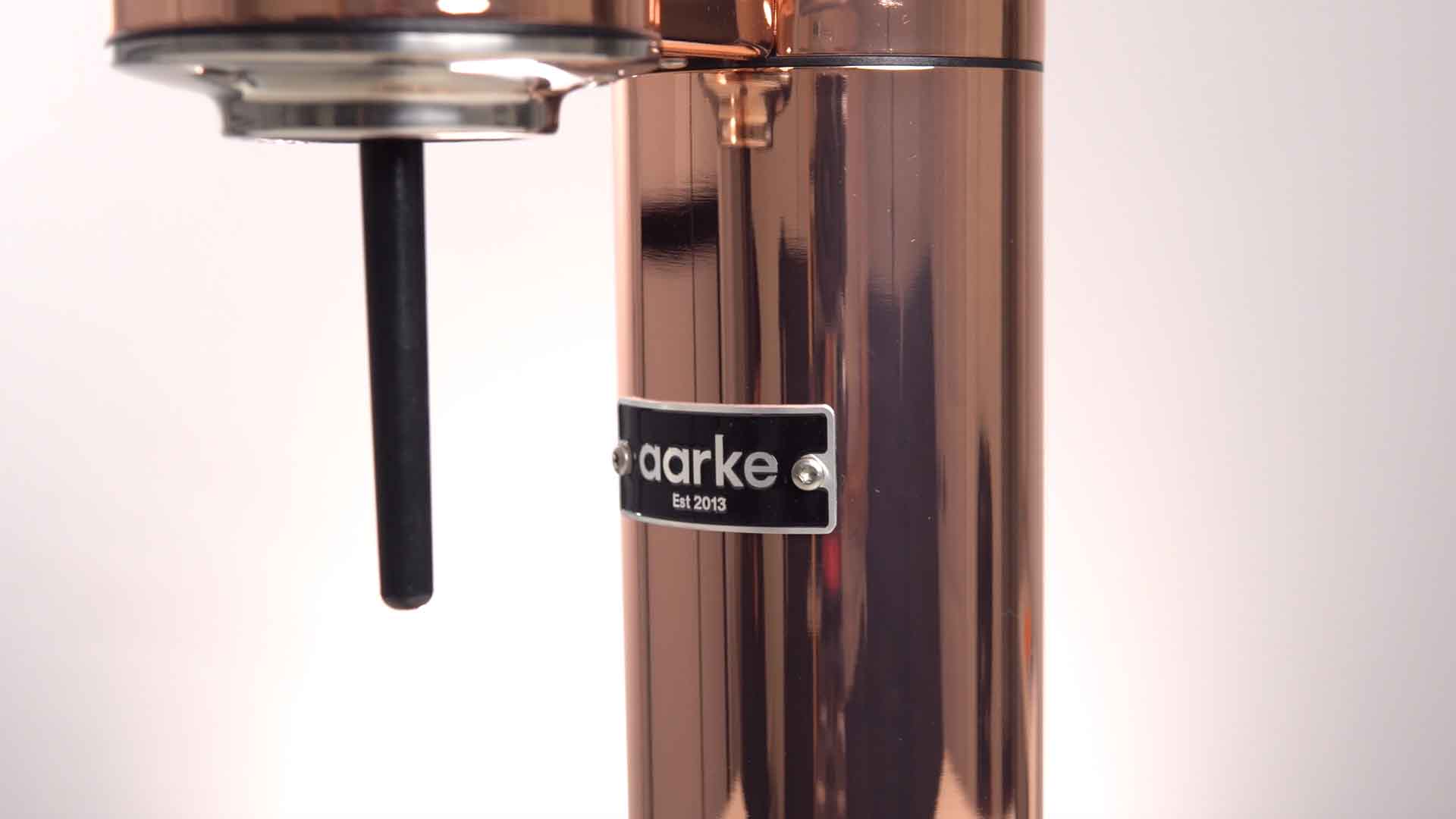 Next, we installed the gas cylinder. It was much appreciated that Aarke opted to simply piggy back off of the readily available Sodastream canisters, instead of making a proprietary system of their own. Smart move. 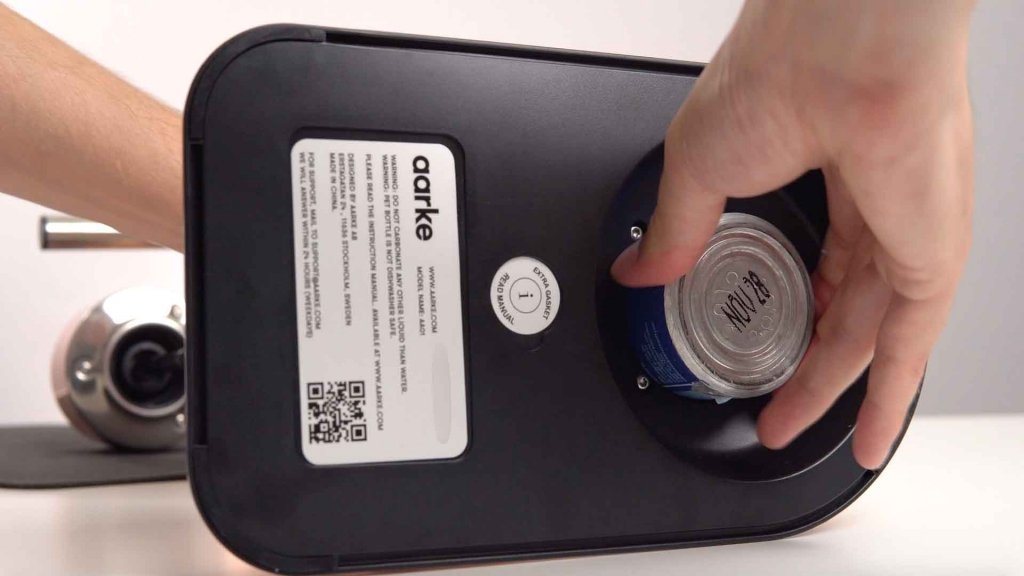 Finally, we actually come to the user experience / performance of the Aarke. Instead of the push button typical on “lower-end” carbonators, the Aarke uses a retro-feeling metal lever to control the carbonation. This does actually provide a functional advantage, as you can more easily control the speed and intensity of the carbonation you’re achieving.

Yes, the same result could be accomplished by holding the button longer, or performing a second pressurizing cycle on a Sodastream, but where’s the fun in that? 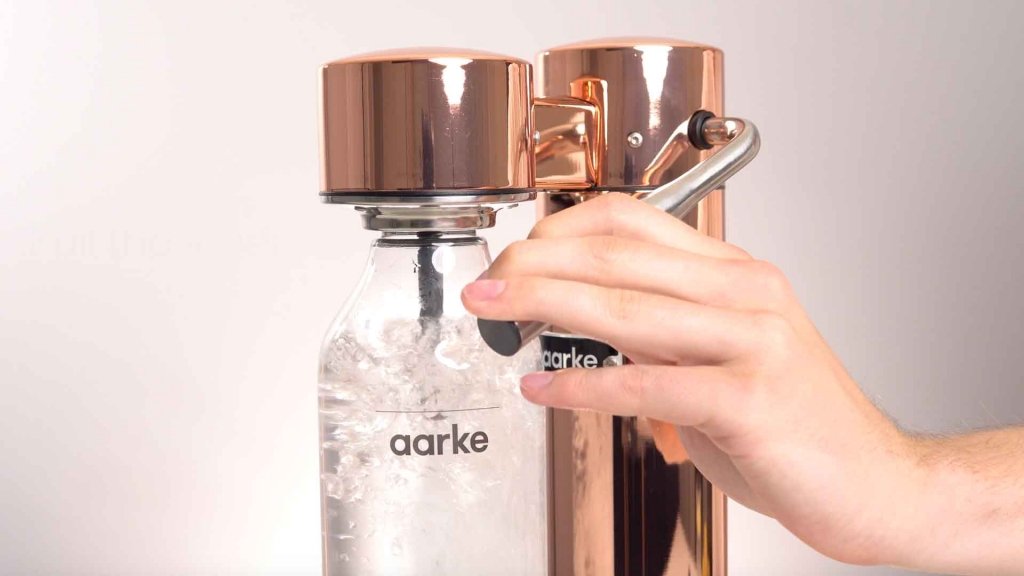 So, is the Aarke Carbonator II worth the significant premium over other at-home carbonation systems?

From a strictly performance perspective, no. The end-product from the Aarke will be exactly the same as other carbonators, with maybe a slightly higher achievable level of carbonation.

But from an aesthetics and user-experience standpoint, there’s a case to be made if you’re planning on leaving this unit sitting out in plain sight at all times. It really is head and shoulders above anything else out there in terms of looks, and the feeling of pulling a level to carbonate is just so much better than pushing a plasticky button. 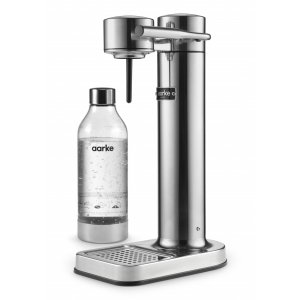